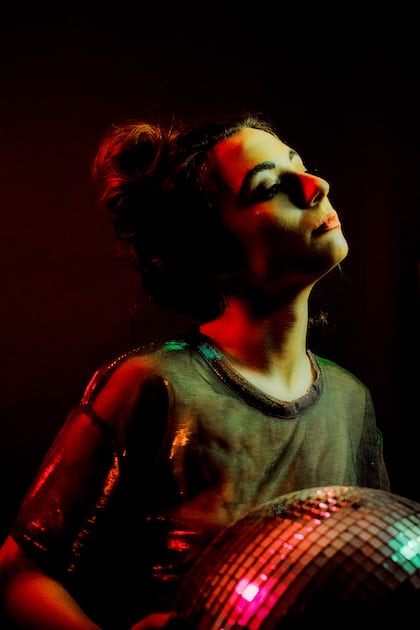 Try to imagine that you don’t already have a definition for the word “pain” in your mind. People often hear, or see, that word and will immediately think of pain they’ve experienced. This is where the problem begins with the average person trying to understand pain from a chronic condition. There are different types of pain. There is the mental/emotional pain that everyone experiences in different forms, which has a whole world of complications and depth that some people aren’t even capable of imagining, or understanding. Then, there is physical pain, which can also come in many forms, and be very hard for the average person to understand. Both types of pain can range from mild, where it causes discomfort, to severe, where it can encompass your entire consciousness and cause your mind, or body, to shut down. In this piece, I’m focusing on explaining the physical pain of living with my chronic conditions.

An average person experiences the typical childhood illnesses like strep throat, ear infections and the flu, so they likely remember what those different pains felt like. Many people also fall down and get scrapes, bruises and cuts, some even broken bones. Once they’re an adult, they usually experience teeth extraction, hangovers, pain and exhaustion from a sport or work, and, for women, childbirth. As they get older, the aches and pains of an aging body that has lived an active life will happen, sometimes manifesting as arthritis. With the exception of the pain we may get as we age (usually a gradual onset that can cause us to move a bit slower and do a bit less), these pains are temporary, and often lessen considerably, or go away completely, after we take the time to recover and heal. This gives the average person time to recover, and live their life as happily as they make it, in between occurrences.

Chronic pain is very different because It. Never. Ends. We never get a chance to be in our bodies in a comfortable state unless we are far too medicated to even realize it. This part of the whole pain issue doesn’t get near enough attention because the severity of the pain is almost not as important as the duration. I mean, I can handle just about anything for a short amount of time, but lengthen that time, and it becomes a whole different battle. Make it constant, it becomes a never-ending war that can leave behind destruction in its wake. Your body is a formidable opponent. There seems to be no end to the variety of pains and problems it can unleash. Here are just a few of the most prominent for me:

Musculoskeletal pain: This feels like a deep, achey, flu-type feeling that is like the worst flu you’ve ever had plus the worst hangover you’ve ever had. It crawls throughout my body and sets in, sometimes for weeks at a time, never letting up. Sitting, standing and laying are all uncomfortable, so sleep is hard and rare during these times. This kind of pain sticks around the longest without a break. It’s why I haven’t written much lately.

Nerve pain: Is the devil. It is also torture, but tends to come and go faster than the musculoskeletal pain. It feels like the worst itchy, burning, stabbing pain you can possibly imagine. When it’s happening, I stare at that body part in disbelief because I swear it should be on fire, or melting, or something like that. It’s very hard for my brain to comprehend sometimes, and can make me think I’m “crazy.”

Pressure pain: I seriously doubt other people call it this, but I do. There are two kinds. One happens all over my body, and feels like I’ve been sat on by a truck, then run over a few times. Every single spot on my skin gets super sensitive, and I’m also sensitive to light and sounds. It makes my body feel like it’s tied down with weights, making it nearly impossible to move. The other pressure type pain I get are these random spots where it feels like I’ve been shot by an arrow. They pulse with a deep, sharp, throbbing pain in random two- to three-inch round spots pretty much anywhere they want to. Sometimes, several will happen, one right after another. This usually lasts for 10-20 minutes before stopping. Other times, it’s just one or two random spots that will last a few seconds to a minute each. No clue what causes them, but I know they sure are annoying and painful.

Joint pain: This one is more common for the average person, so you may be familiar with it. To me, it can feel like a sharp pain shooting through the joint when I first move, then change over to a throbbing, almost sharp-type of ache, even when the joints aren’t being used. When the inflammation is bad, the pressure makes the joint feel like it will explode.

Inflammation: This is really just another type of pain because it leads to pressure and swelling that creates pain. If it’s not one part of my body inflamed, it’s another. Even taking anti-inflammatory medications on a regular schedule seems to not make much of a difference. It feels like I’m just eating candy, until I go without for awhile. Then, my body is so stiff I have to waddle around like a stick figure drawing.

Last, but not least – pain from surgical procedures or treatments: This means adding the pain from these things on top of the pain I already experience daily. With each subsequent surgery, it’s a little harder, and takes a little longer, for me to recover. After several, it almost feels like I’ll never make it all the way back to my regular normal. At certain points, the pain gets to be so much that I really just want to lay down and give up at that moment, but I can’t, because life keeps moving no matter what, and if I’m still alive, I have to keep moving, too.

Along with all these pains, come a variety of other issues. The constant stress on our bodies manifests in physical ways. Vertigo, nausea and stomach issues, headaches, and extreme fatigue all go hand in hand with constant pain. Again, because our bodies never get a break to recover. These are all ways the body tries to help us deal with the pain we feel. Our nervous system will shut our body down if it gets too bad of a shock. It does this to protect us from whatever is happening, but I’ve had to learn to fight it, or else I’d be shutting down all the time. The nausea and room-spinning feelings are sometimes worse than feeling the pain.

There are also pains associated with side effects of medications. Medications can cause kidney stones, severe dry skin that cracks and burns, and a host of other complications that can have a variety of different pains associated with them. Many can cause stiff joints, flu-like symptoms and headaches. Like the nausea and room-spinning, sometimes the side effects of the medicines are even worse than whatever chronic condition or pain they are treating.

So, add all that together, and I get a never-ending 24/7, 365 days a year adventure of pain, nausea and exhaustion that gets no vacation option. This is the explanation of my pain. #ExplainMyPain